While modifying a car as iconic as the E30 BMW M3 could be viewed as sacrilegious, we think this example has been nicely done.

The car, which came with factory literature, service records dating back to 1993, a clean Carfax report, and a clean California title. was sold yesterday on Bring A Trailer attracting a high bid of $52,998.

The first aspect of this M3 that we’re particularly fond of is the Lachssilber Metallic paintwork that suits the shape of the sports car perfectly. Among the exterior changes made to this car include European-market headlights with wipers, integrated front fog lights, Evolution-specification front bumper and hood seals, and aftermarket Startec smoked taillights. 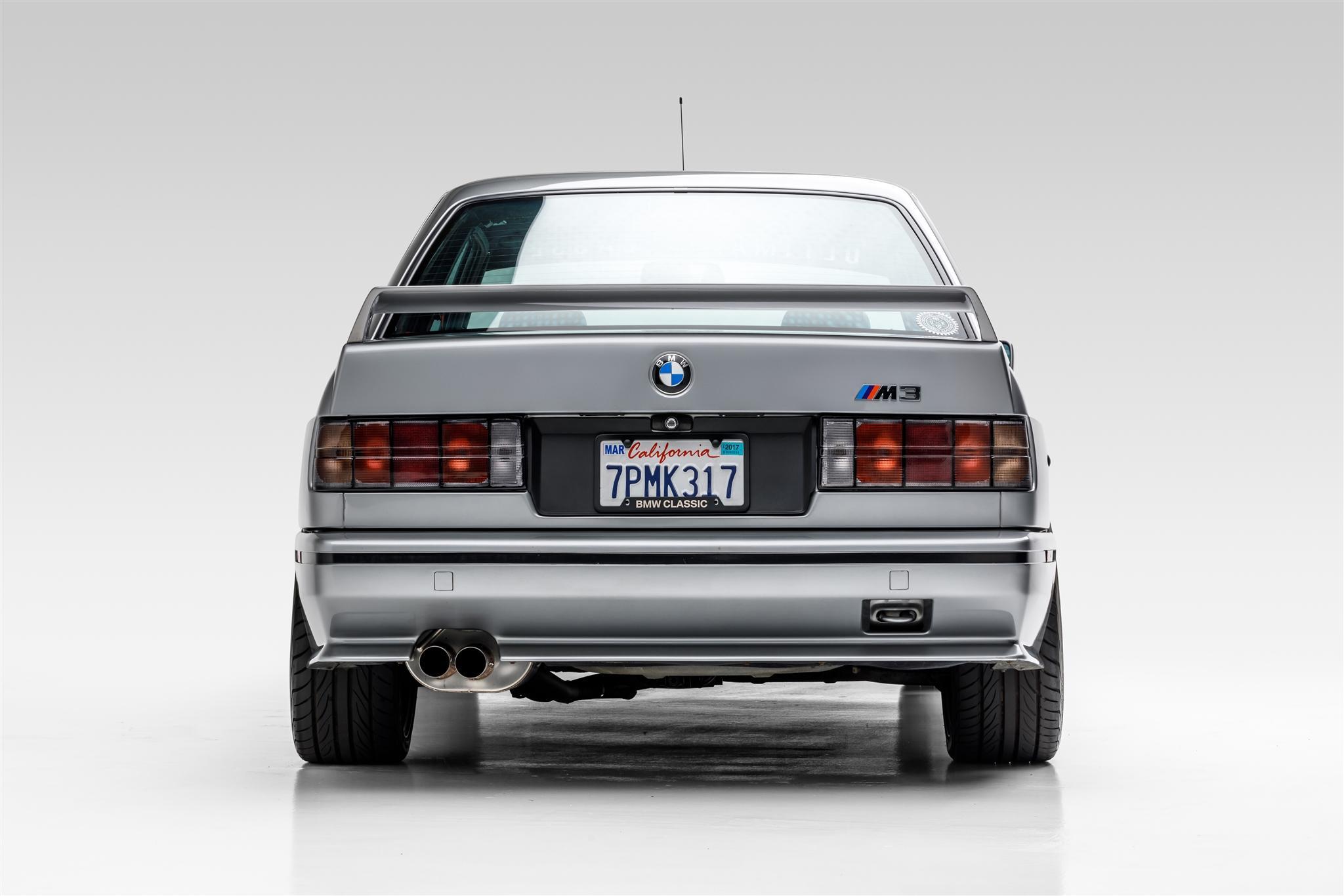 Elsewhere, the coupe has been equipped with 17-inch AC Schnitzer multi-piece wheels with polished lips and wrapped with Yokohama S-Drive tires that measure 215/40 at the front and 235/40 at the rear. The M3 has also been fitted with Bilstein shocks and Eibach lowering springs. Inside, the modifications continue with red seatbelts and an Alpine CD player.

As for the 2.3-liter inline-four engine, thelisting reveals it has been modified with a Tuner Motorsports performance chip and a red Garagistic struct brace. A major service in 2018 saw the radiator, water pump, thermostat, thermostat housing, valve cover gasket, spark plugs, and red-cap plug wires all replaced.