Nissan has officially released the first details of the upcoming 2021 Qashqai together with a set of images showing the new crossover under a camouflage wrap.

The third generation of Nissan’s best-selling SUV is going to be based on the Alliance’s new CMF-C platform – the first model to do so in Europe – and will be powered by a new e-Power hybrid powertrain.

In fact, the all-new 2021 Nissan Qashqai is set to get two powertrain options from the get-go, including a 1.3-liter petrol engine with mild-hybrid technology and the company’s innovative e-Power hybrid system. For the first time in the model’s history, Nissan won’t offer a diesel option. 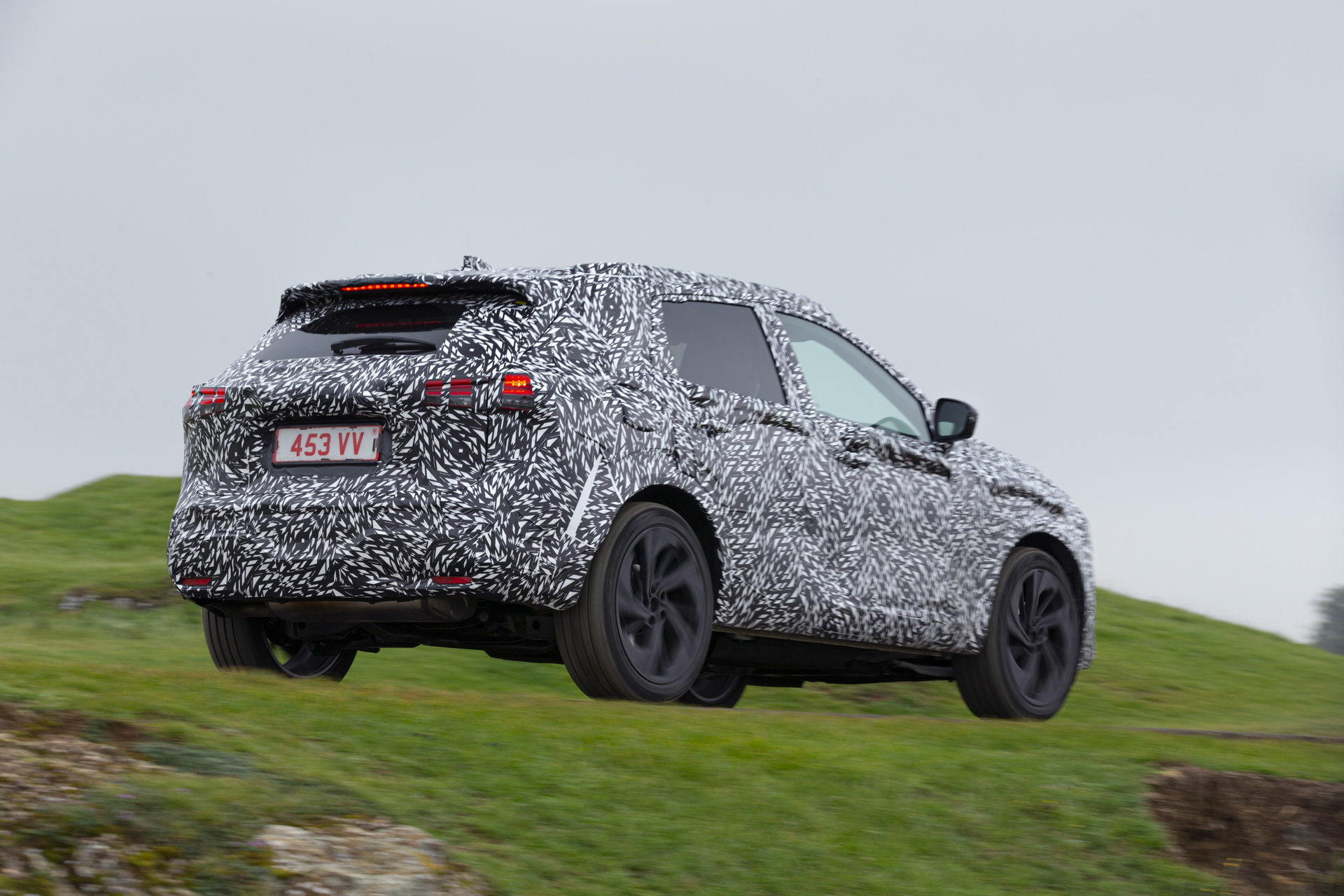 Unlike other hybrid offerings in the market, Nissan’s e-Power is offering a full electric motor drive as the petrol engine in the system isn’t connected to the wheels; instead, the ICE unit is there to act as a generator and charge the system’s high-output battery. In addition, the size of the electric motor is typically found in a pure EV.

Nissan claims that the new Qashqai e-Power will offer the instant acceleration response only a pure EV can offer. The engine-driven generator can either maintain the battery charge or provide electricity directly to the motor for extra power. Full technical details will be released closer to the new Qashqai’s market launch.

“With Nissan’s bold e-POWER technology, we feel that customers will fall in love with the feeling of an electric powertrain, without the range concerns,” said Gianluca de Ficchy, Chairman, Nissan Africa, Middle East, India, Europe, and Oceania region.

A stronger but also lighter platform

In addition, Nissan says that the new CMF-C platform uses 50 percent more ultra-high-strength steel in its construction, making the body-in-white of the new Qashqai 41 percent stiffer than the outgoing model and, at the same time, 60 kg lighter. The front and rear doors, front fenders, and hood are made out of aluminum while the rear hatchback door is now made out of composite material.

The chassis features an updated MacPherson suspension up front while the rear end utilizes a torsion beam in 2WD models with up to 19-inch wheels. Models equipped with 20-inch wheels, as well as AWD versions, will be equipped with a more advanced multi-link setup.

Nissan has also shared some information on the upgraded ProPilot driver assistance system, which in the new Qashqai will be called ProPilot with Navi-link. The system will be able to read road signs and adapt the vehicle’s speed accordingly and use data from the navigation system to slow the car to the appropriate speed, whether it’s a lower speed limit ahead, an approaching curve or an exit ramp with a tighter radius.

The all-new Qashqai will be produced at the company’s UK factory in Sunderland, with the full reveal expected in early 2021.