As announced at the Apple MacBook event on 10 November, on Thursday, the new macOS 11 Big Sur update started to roll out. The new iteration of macOS is the first version of the operating system to natively support the new M1-powered Apple laptops and PC. The new macOS Big Sur brings a new design, enhancements to Safari, Messages, Maps, and privacy and it has been optimised for Apple’s M1 chip. Here’s what is new on the macOS 11, the devices it’s compatible with and how you can download the update.

Apple usually rolls out macOS updates automatically. However, in case you don’t see a prompt for the update, you can also download the update manually by heading to System Preferences > Software Update in the Apple menu.

Alternatively, you could open ‘About This Mac’ in Apple menu and then tap the latest Software Update.

You can also download macOS Big Sur directly from the Mac App Store.

Currently, the dedicated macOS page on Apple’s website also had an ‘Update Now’ button on top right that you can hit to download the update.

It is recommended to back up your data and free up some space before beginning the update process.

Messages on the macOS Big Sur offer new tools to manage favorite group conversations. You can pin conversations to the top of your Messages list, similar to iOS 14. The search feature has also been completely redesigned on Messages on Mac to help you quickly find links, photos, and matching terms. Messages for Mac also works seamlessly across iPhone, iPad, and Apple Watch, so conversations stay in sync.

Maps on Mac has also been entirely redesigned. It has a new feature called Guides that lets you discover places to visit and things to do, as well as create custom guides of favourite restaurants, parks. You can also share these Guides with friends and family. Apple Maps on Mac now lets you see a 360-degree view of a destination.

Cycling and electric vehicle trips can now also be routed on a Mac and sent directly to an iPhone. 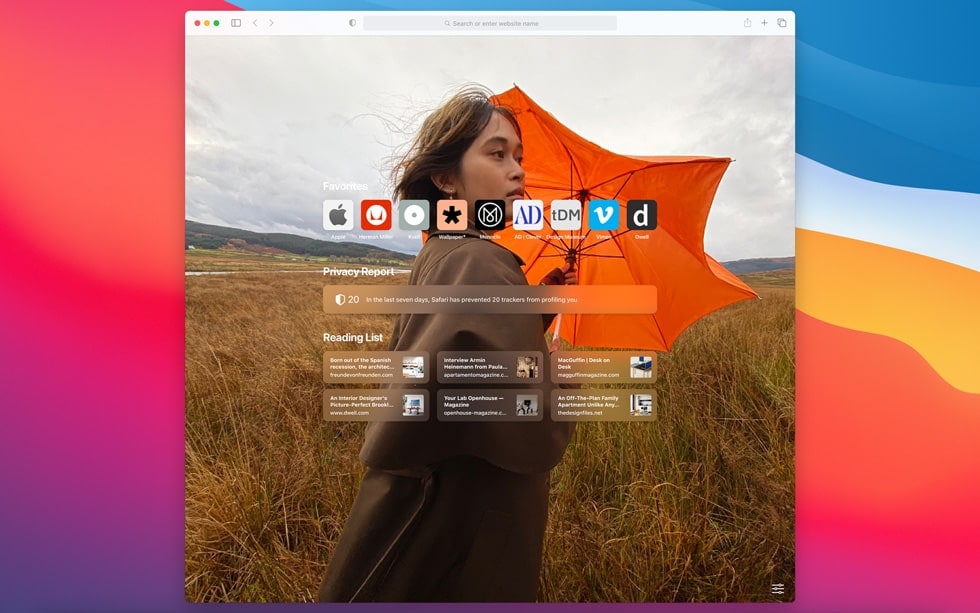 Apple claims that Safari is now 50 percent faster than Google Chrome. Apple will let users decide what apps and websites can use extensions, how long they want to activate them for, among other controls. Safari also has redesigned tabs to show website previews and use tab space more efficiently.

Privacy is touted as a highlight of the macOS Big Sur. The Mac App Store will include a new section on each product page showing a developer-reported summary of the privacy practices of an app. The information offered includes the types of data the apps might collect — such as contact information, or location — and whether they are shared with third parties for tracking.