When Porsche announced that it would leave the FIA World Endurance Championship and kill off the hugely-successful 919 Hybrid in favor of Formula E, the motorsport world was left without one of its most fabled race cars. However, even after Porsche left LMP1 racing, its design team imagined what a new-age endurance racer could look like if it were to make it a reality.

Showcased here for the first time as part of the company’s new ‘Porsche Unseen’ book, this vehicle is known as the Vision 920. While it will not spawn a road-going model nor a new race car, it truly is something to behold.

Porsche says it designed the Vision 920 as either a super sports car for the road or as a possible racing car that could be used in customer motorsport series’. Dominating the exterior of the design concept is a red, black, and white livery, as well as a number of eye-catching aerodynamic elements and styling cues. 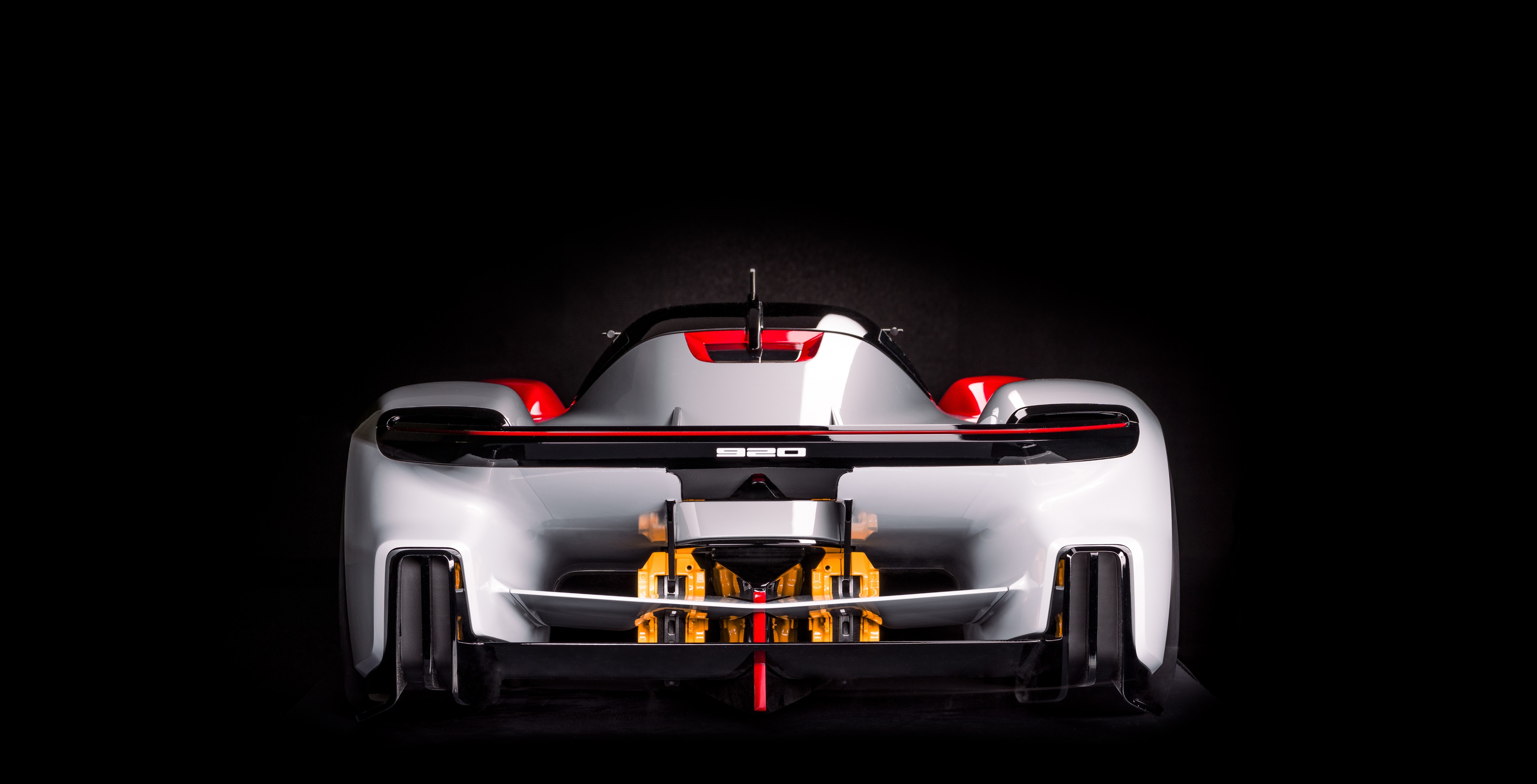 The front of the Porsche Vision 920 features a pair of slim LED headlights and large air intakes on either side of the motorsport-inspired splitter. The in-board front suspension is also visible and like the 919 Hybrid race car, the Vision 920 has a small cabin with a central driving position. The concept also features a reverse shark fin on the roof to help with high-speed stability.

Much like the 919 Hybrid, as well as the Porsche 919 Street that the company recently dreamed up, the decklid and engine cover of the Vision 920 is long and low. The car also includes a thin LED light bar and a massive diffuser to help to stick it to the pavement.