Even though it was created back in 2014, Porsche chose not to unveil its bespoke Boxster Bergspyder prototype until June of 2019, when they took it out on the track for a photo session alongside its inspiration, the iconic 909 Bergspyder hill climb car.

The 909 Bergspyder was built with weight-saving in mind, tipping the scales at just 846 lbs (384 kg), making it Porsche’s lightest-ever racer.

Now we’re getting our second look at the Boxster Bergspyder, based on the 981-gen Boxster. The prototype even got to enjoy a day in the sun somewhere in the Alps, however the carmaker decided to share more studio shots than outdoor ones, unfortunately.

Read: Porsche Boxster Bergspyder Is A Speedster You Didn’t Know About

While it doesn’t weigh as little as the 909 Bergspyder, this Boxster is still really light on its feet, coming in at just 2,491 lbs (1,130 kg), boasting a shallow windscreen, distinctive roll bar, instruments from the 918, a single seat and a helmet shelf (in place of the passenger seat). 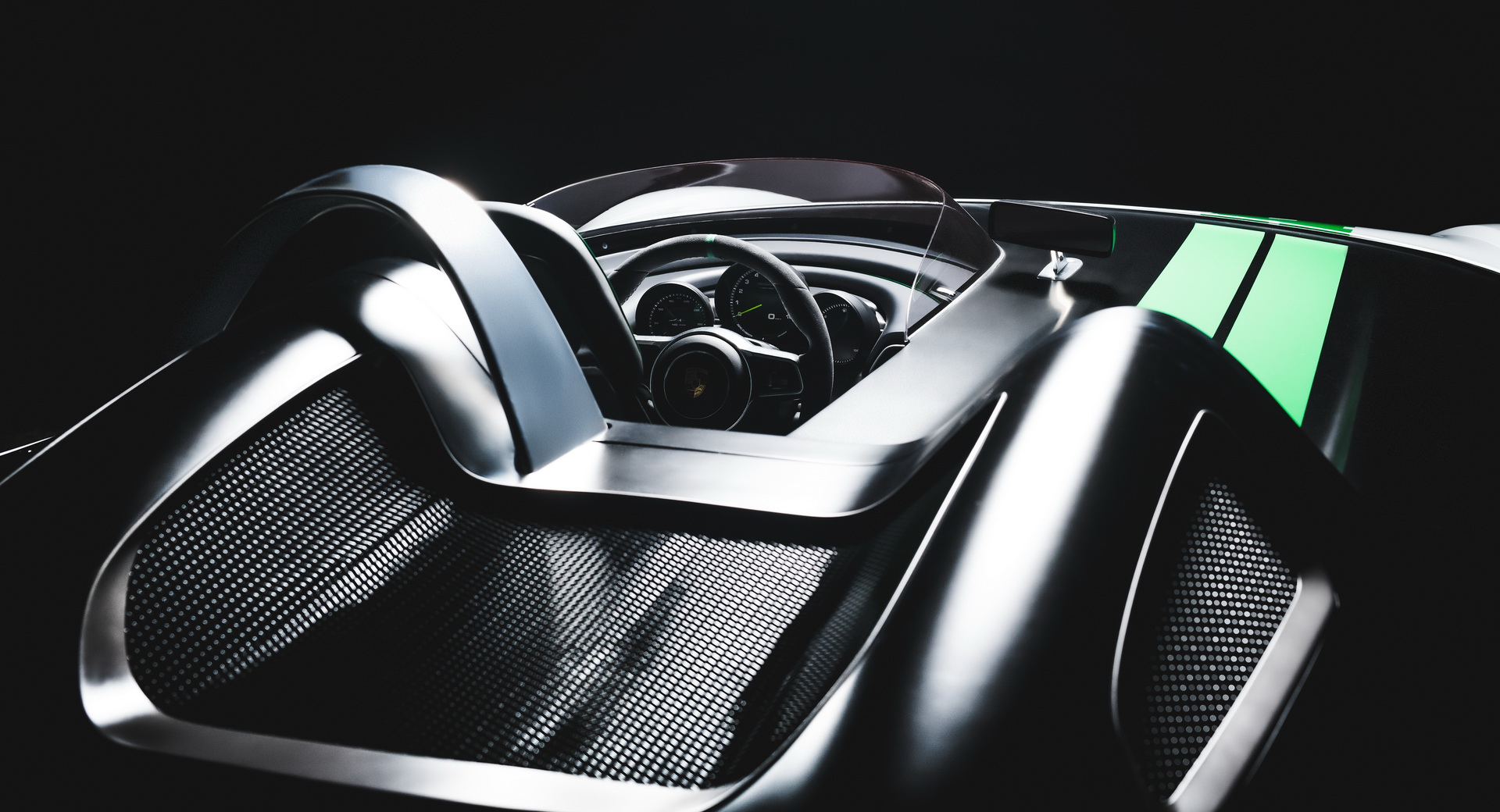 As for its visuals, we count the black wheels, green calipers, green accents and piping, plus an Alcantara-wrapped steering wheel. This was always meant to be a true driver’s car and it’s a shame it didn’t even go on a limited production run.

The Porsche Boxster Bergspyder made its public debut at the Gaisberg Hillclimb in 2019 and is currently on display at the Porsche Museum, sitting right next to the 909 Bergspyder.