The Porsche Macan Vision Safari is a 1:1 hard model based on the first-generation, pre-facelifted Macan crossover, featuring just two doors and a bunch of off-road modifications.

Porsche designers were inspired by the 911 Safari as well as the iconic 959 Paris-Dakar racer, so in a sense, you could call the Macan Vision Safari the unofficial heir of the 959 Paris-Dakar, even though it’s never seen any action.

According to Porsche, the Macan was already “pre-destined to prove its versatility on gravel roads and rally tracks” seen as how it features an active all-wheel drive system, a sporty dual-clutch gearbox and an adaptive chassis that can be calibrated for off-road driving at the push of a button.

Watch: 2020 Porsche Macan Turbo Is One Of The Best Handling SUVs On The Market 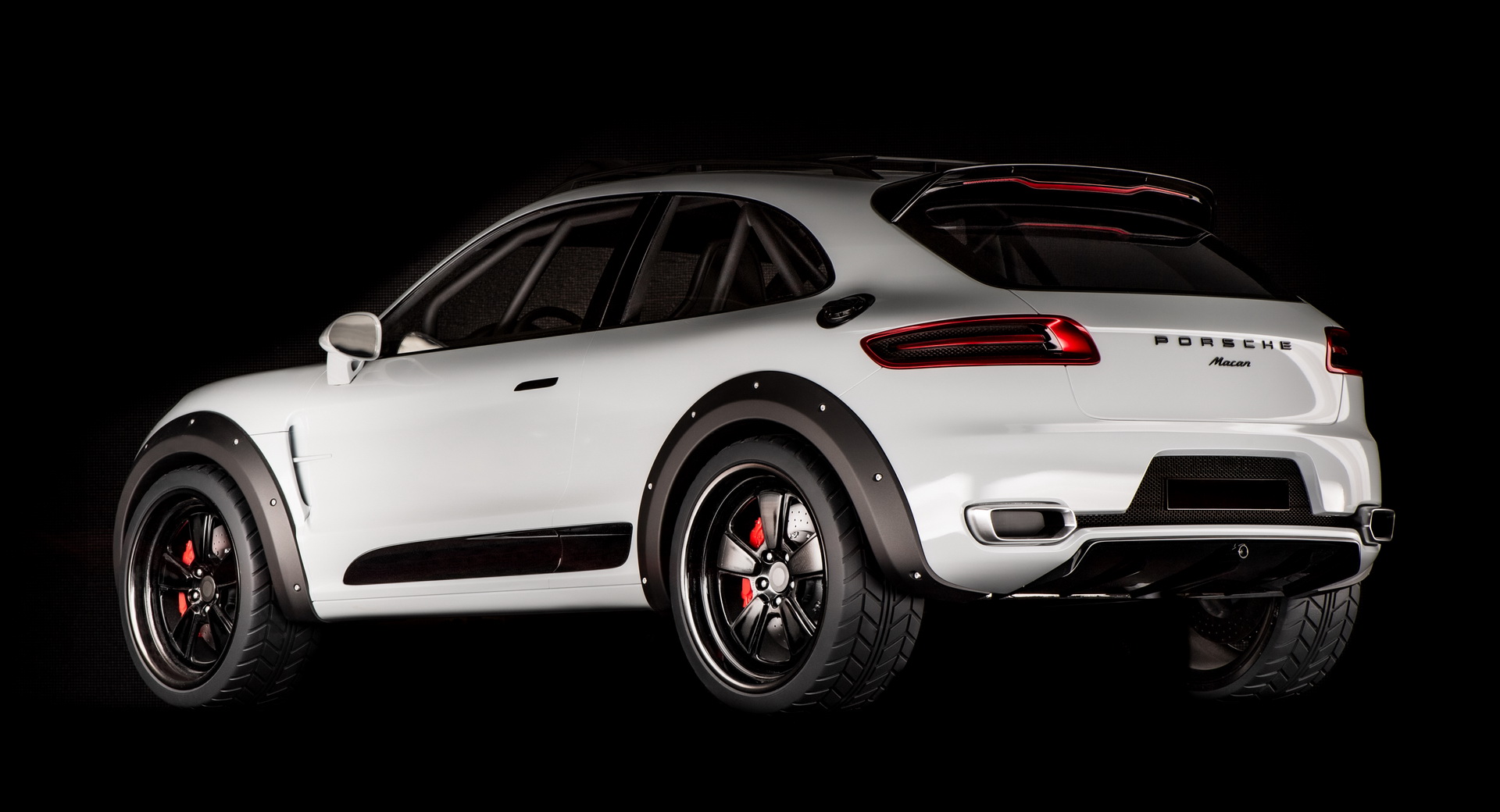 “As a sportily proportioned three-door with increased ground clearance and a handful of rugged accessories,” the Macan Vision Safari “would be ready to leave the tarmac: ready to explore the remoter corners of East Africa or the Siberian steppe, leaving a gigantic cloud of dust in its rear-view mirror,” said the carmaker.

It definitely looks like it wouldn’t have a hard time venturing off the beaten track with its increased ride height and chunky tires – and if you look inside, you’ll see that the cabin has been fitted with a roll cage just like a true race car.

Of course, in the end nothing came of this design exercise, which dates back to 2013. Porsche owners rarely, if ever, take their SUVs off-road, and the Macan was meant to be a high-volume product, tailored for city streets and, at best, winding roads.