Hyundai has confirmed that it will expand its range of electrified vehicles and have no less than ten eco-focused models in its range in 2022.

The Korean carmaker said that its hybrid range of models in the U.S. will include variants of the Elantra, Sonata, Tucson, and Santa Fe. In addition, Hyundai has confirmed plug-in hybrid versions of the all-new Tucson and facelifted Santa Fe, both of which will hit the market next year.

As for the company’s battery-electric vehicles, the current Kona Electric will remain on the market and in the near future, will be joined by the Ioniq 5 and Ioniq 6. The first of these models to hit the market will be the Ioniq 5, taking the form of a midsize all-electric crossover and set to arrive in early 2021. This model is based on the Hyundai 45 EV Concept from last year’s Frankfurt Motor Show.

Read Also: Hyundai To Introduce 12 New Or “Significantly Enhanced” Crossovers By The End Of 2021

The Ioniq 6 will follow in 2022 and is a sedan based on the Hyundai Prophecy Concept unveiled back in March. The tenth of final eco-focused model in Hyundai’s range is the fuel cell-powered Nexo.

“We’re not only developing the vehicles our customers need now, we’re also envisioning smart mobility solutions for pressing environmental and transportation needs of the future,” vice president of product planning and mobility strategy for Hyundai Motor North America, Olabisi Boyle said in a statement. “Ultimately, this full spectrum of new technologies will promote a planet-friendly, zero-emission ecosystem as part of our ‘Progress for Humanity’ global vision.”

While not discussed in their latest announcment, Hyundai is also developing a model it dubs the Ioniq 7, an all-electric large SUV that will hit the market in early 2024. 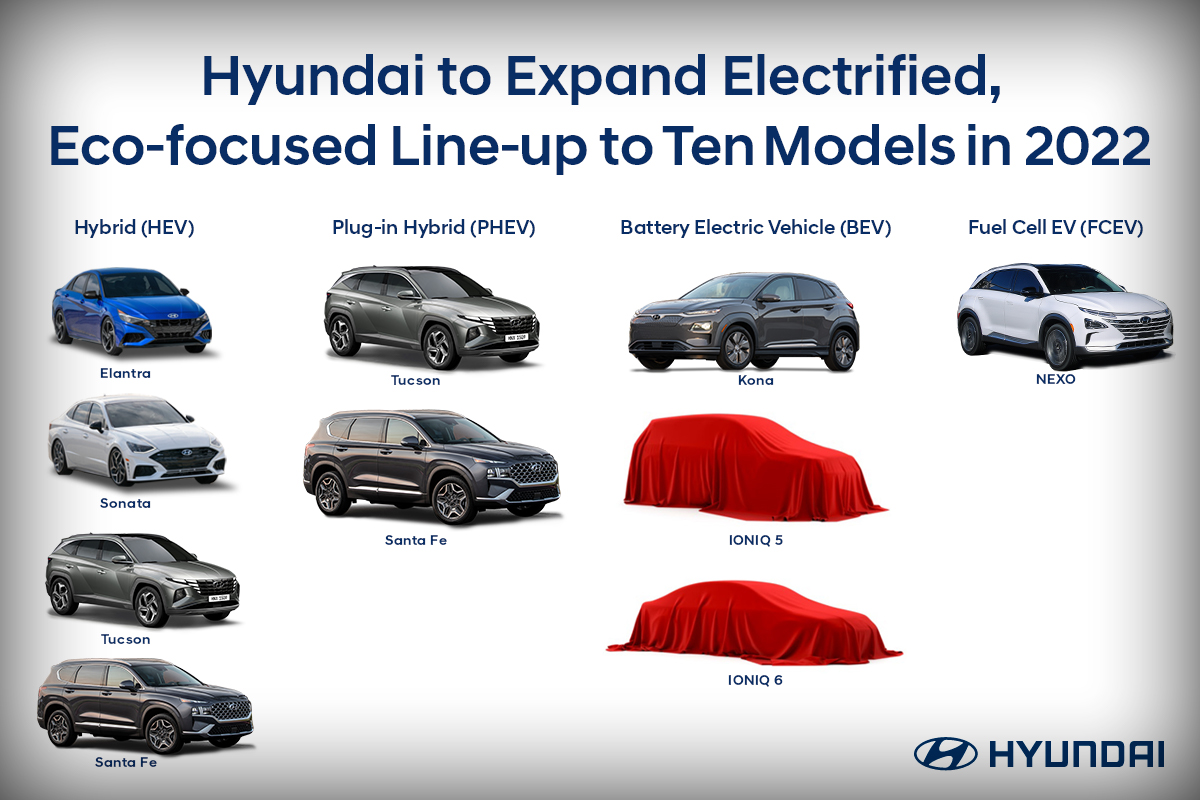