BMW Motorrad is getting closer to launching its first sit on electric scooter with the Definition CE 04 unveiled at #NEXTGen 2020.

A near-production version of the BMW Motorrad Concept Link from 2017, the Definition CE 04 is described as both a means of transport and a means of communication for the urban commuter. BMW is confident the production version will redefine the scooter segment thanks to its combination of “electric drive, trailblazing design and innovative connectivity solutions.”

From a design standpoint, the Definition CE 04 stays remarkably close to the concept, bringing a breath of fresh air in the world of scooters. Highlights include the elongated, low vehicle body, the diagonally rising front end, and calm surface design with sharply defined edges.

See Also: SEAT’s Electric Scooter Is Half The Price Of A New Ibiza Supermini 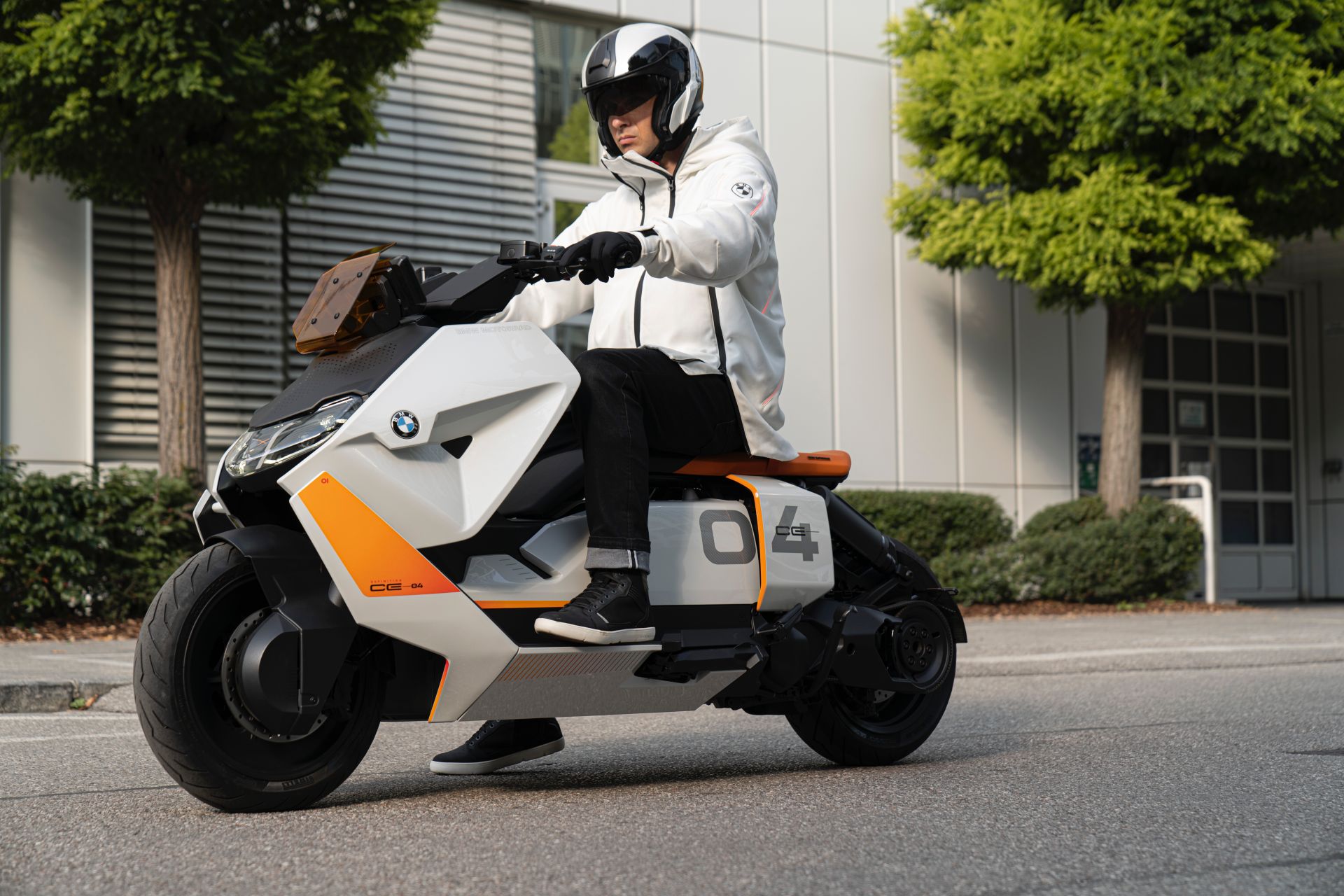 The electric scooter features a two-color livery featuring Mineral White for the modern surface finish and matte black for the core of the vehicle, the technical heart. This area stretches from the front to the rear and integrates the drive unit, suspension elements, tires and front lights. Speaking of the lights, they feature a U-shaped design at the front and C-shaped look out back.

Placing the flat battery in the underbody provides new freedoms, such as a new storage solution, which is illuminated and can be folded open from the side. This gives the rider easy access for storing a helmet and other equipment. In addition, the low position of the flat battery provides a lower center of gravity, ensuring “playful handling and dynamic riding fun.” 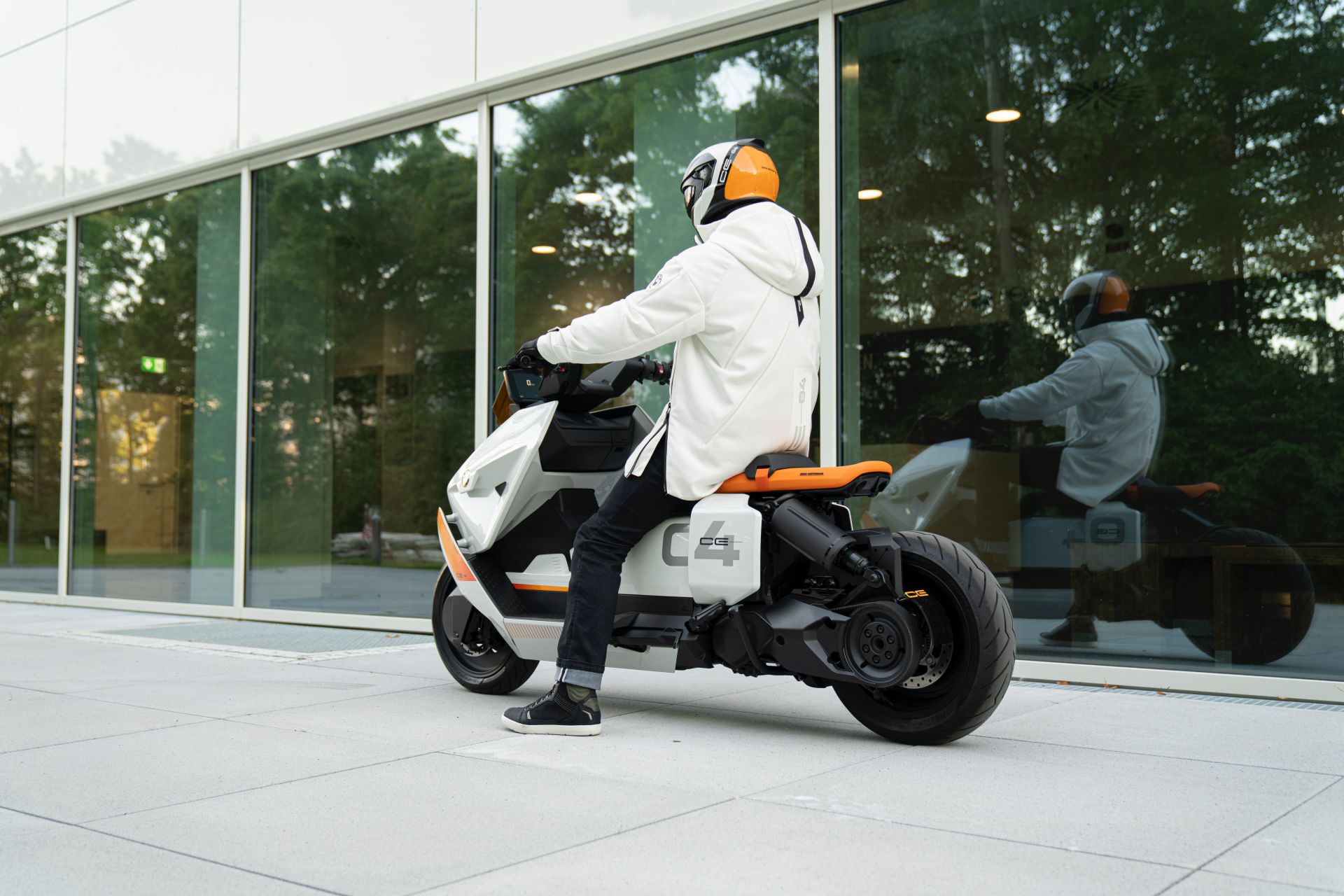 When it comes to connectivity, the rider remains connected through his smartphone via the the BMW Motorrad Definition CE 04’s 10.25-inch display which acts as an interface between the digital and analogue worlds of the rider.

For now, BMW Motorrad keeps powertrain details under wraps, though you shouldn’t expect a long driving range. That’s because the Definition CE 04 has been designed for urban riders who cover approximately 12 kilometers (7.5 miles) per day.

Expect the production model to look very much like this near-series study, which BMW says it offers “a concrete preview of what a contemporary production vehicle could look like.”