Porsche has released a teaser image of an intriguing model that was cooked up at the Porsche Design Studio in Weissach, Germany but hasn’t been shown until now.

Very few details have been provided about the car, apart from Porsche stating that it harks back to the days of sports racing cars of the 1950s.

By brightening up the image, we can get a more detailed look at the car. This teaser showcases the vehicle from the rear where we can see thin LED taillights and a large Porsche logo finished in red. Text on the license plate appears to read ‘Little Rebel’ – which might be a reference to the late James Dean’s 550 Spyder (the actor, who had starred in ‘Rebel Without a Cause’, had named his Porsche ‘Little Bastard’).

Of particular interest at the rear is the rear window and the design of the buttresses that stretch back to the decklid. It’s also impossible not to notice the bulging rear wheel arches and the outline of the diffuser.

While no image of the front has been released, the vehicle appears to be a speedster as evidenced by the small windshield and lack of a fixed roof, indicating Porsche took some inspiration from the 550 Spyder in designing the Little Rebel.

It is unclear why this car failed to reach the production line, but there’s little doubt that, with the ever-popular Boxster in Porsche’s range, the powers that be in Weissach decided there was no room for a second compact open-top model. 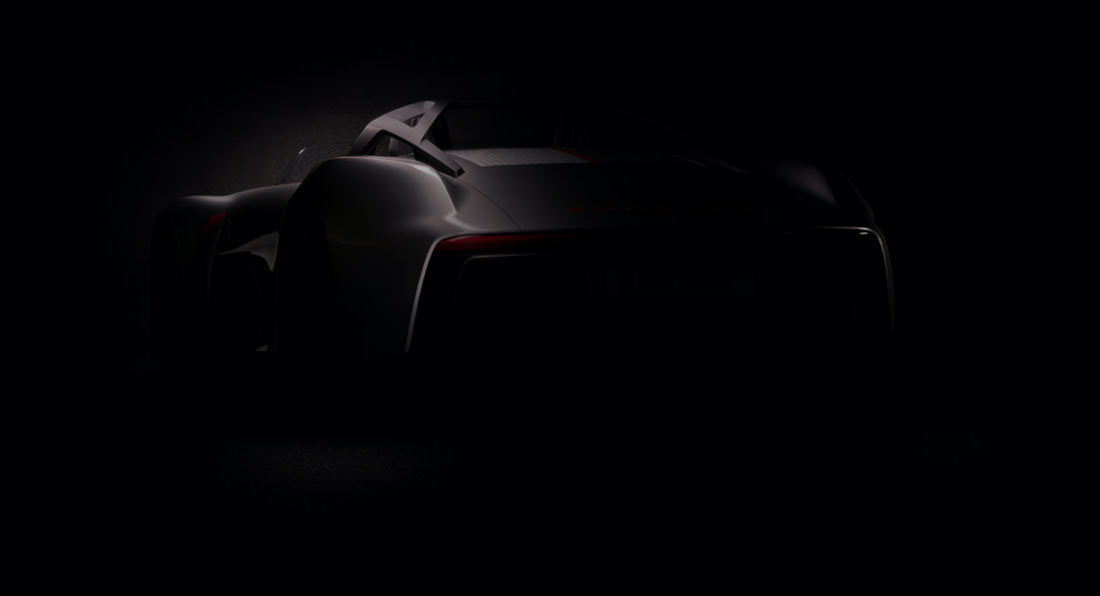