A 1969 Plymouth Road Runner that has been comprehensively restored and modified is looking for a home, a year after going on display at the 2019 SEMA aftermarket show in Las Vegas.

This particular Road Runner is being sold through The Throttle Shop in Elkhart Lake, Wisconsin and has a Buy It Now price of $295,900. That may sound like a lot, especially considering that the car is more than 50 years old, but this is no ordinary Plymouth.

For starters, it is rocking FCA’s 6.2-liter supercharged Hellcat V8 that’s mated to a six-speed T56 transmission driving the wheels through a 9-inch rear end. It also features a 4.11 gear seat and a Wavetrac differential. The eBay listing adds that the car has been extensively tuned by Late Model Throttle and, when running on race gas, churns out 765 hp through the rear wheels.

The exterior is finished in a shade of PPG Vitamin C Orange, while the car sits on American Racing wheels finished in Gloss Black. A plethora of updates and improvements have been made to the interior, including the fitment of Sparco seats, a new three-spoke steering wheel, a roll cage, plus refinished and resurfaced areas throughout. 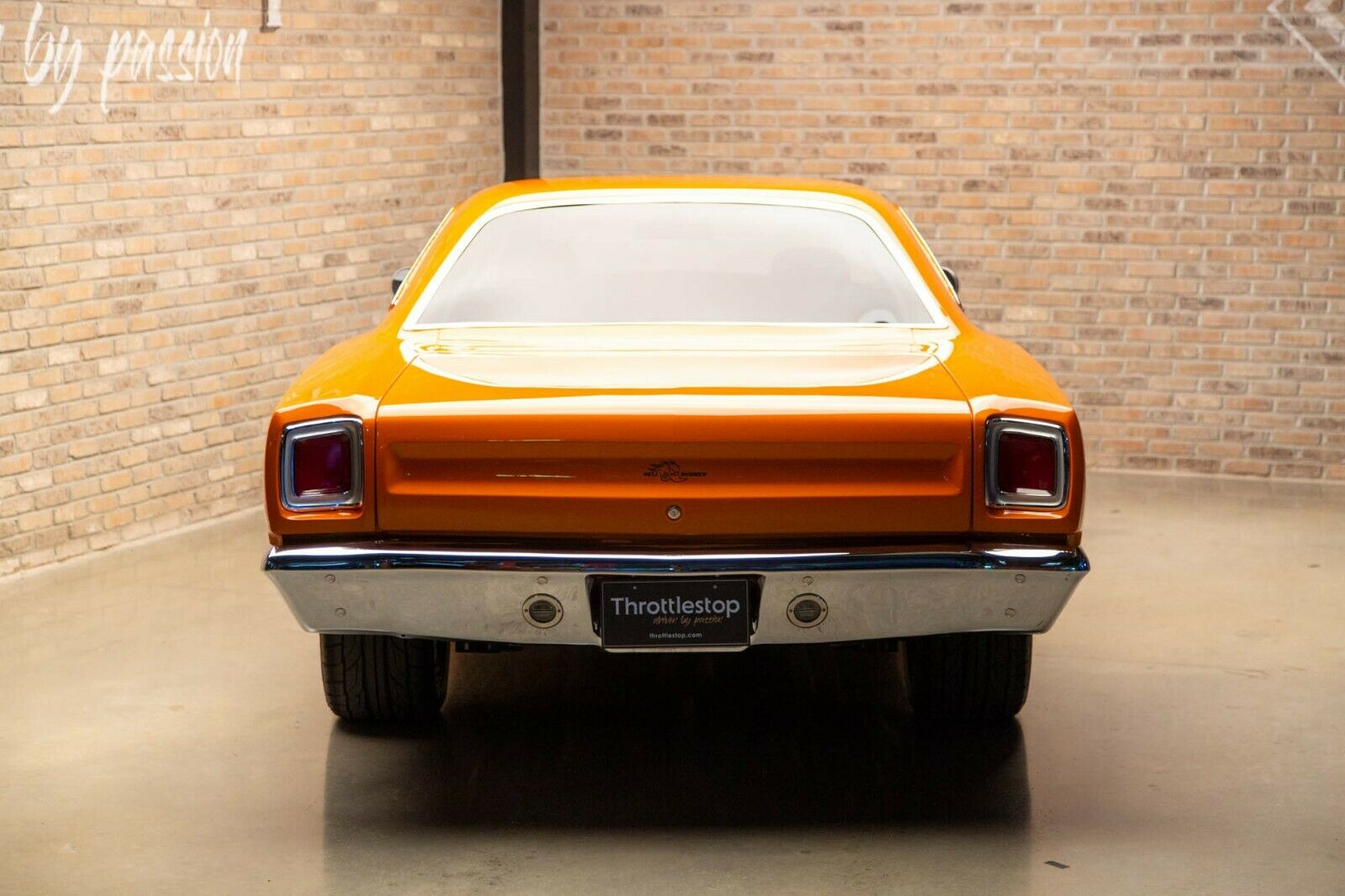 There’s no doubt that this restomod Plymouth isn’t cheap, but the modifications made to it, as well as the fact that it has only been driven for 369 miles since the build was completed, might tempt some well-off enthusiast.