If a Porsche Taycan Turbo S is a little bit outside your price range, you can still get flagship EV performance specs, a premium German badge and futuristic looks by opting for Audi’s upcoming RS e-tron GT model.

Ingolstadt’s Tesla Model S rival is scheduled for a full unveiling later this year, before it goes on sale sometime next spring. Pricing however has yet to be announced officially.

Now, the performance is extremely impressive, even if it means that those recent reports about a possible tri-motor 700 HP setup were wrong. Instead, the RS e-tron GT uses the same dual-motor drivetrain as the Taycan Turbo S, with a reported output of 600 PS (591 HP) – although the overboost function will deploy 650 PS (641 HP) and 850 Nm (627 lb-ft) of torque.

This means it has the same torque as a Taycan Turbo, but slightly less power. It also has the same battery as the Taycan, with a capacity of 83.7 kWh. We should however note that these numbers have been confirmed only by a handful of media members who have driven the prototype, and not by Audi themselves, so let’s take our pinch of salt and move on. 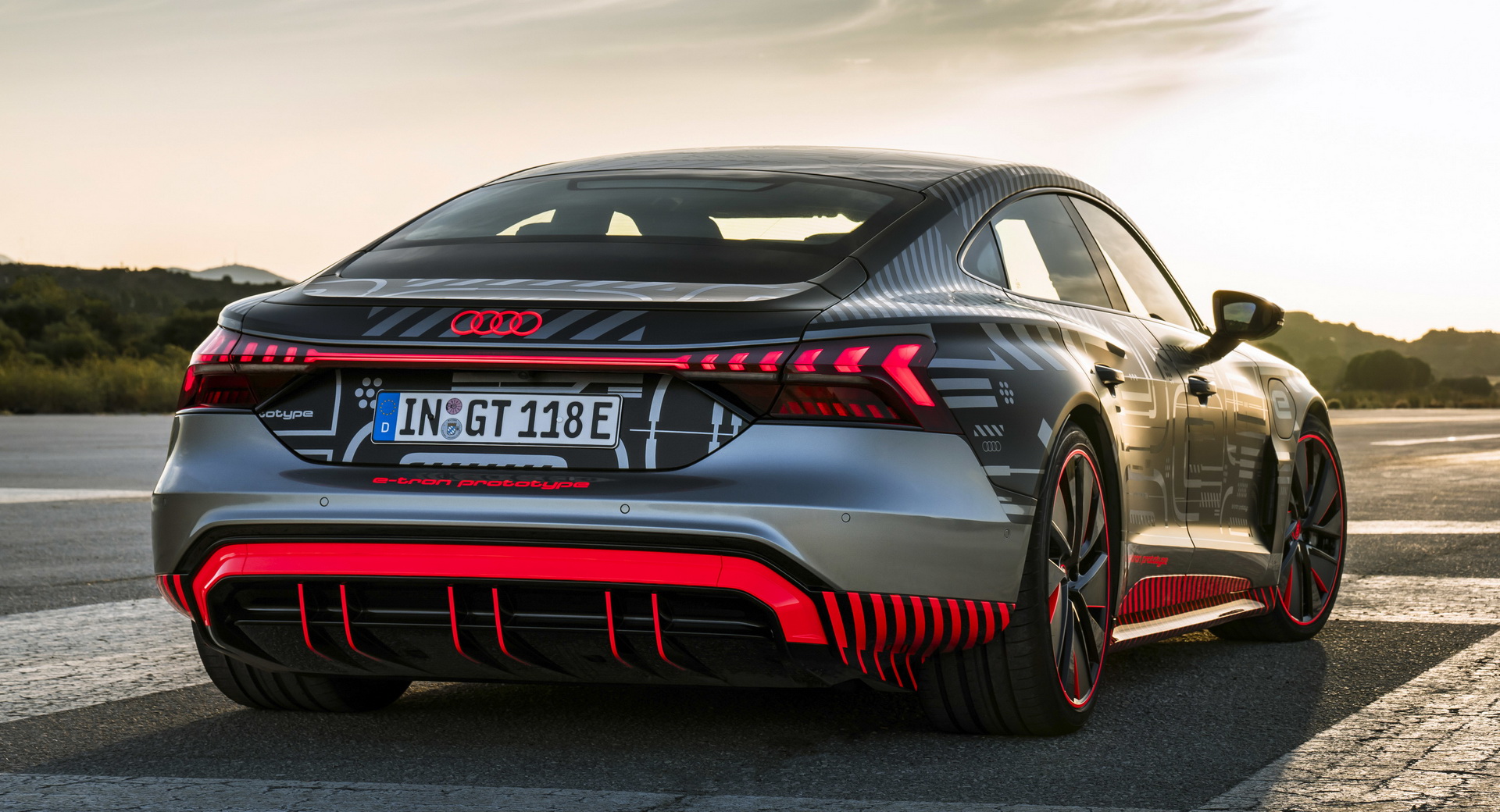 Other specs being talked about include the RS e-tron GT’s kerb weight of 2.3 tonnes (5,000 lbs), and the configuration of the two-speed gearbox, which keeps you in 1st gear until 50 mph (80 km/h) before changing up.

Audi recently held a media event for the RS e-tron GT in Greece, where aside from media members, the likes of Formula E driver Lucas di Grassi was also invited to sample the fully-electric product. Di Grassi drives for Audi Sport ABT Schaeffler and is a one-time Formula E champion (2016/17).

Here’s what he had to say after driving the RS e-tron GT:

“The car is fun! Obviously, such a Gran Turismo is totally different to a race car. Even so, there are plenty of parallels, especially the powerful acceleration which, just like in our case, is fully available for a long time.”

“With so much high tech, the e-tron GT in terms of cooling is even more innovative than my Formula E race car. Obviously, temperatures in Formula E are even more extreme. That’s why we actively cool the battery down below the outside temperature during the charging process using dry ice.”

“What I particularly like is the car’s handling. Well, you’re saying that, as a Gran Turismo, the car also has to deliver good ride comfort. For me as a race driver, that’s not such a key characteristic. But I must say that the car’s grip and precision in cornering are definitely very impressive.”

He also praised the RS e-tron GT’s braking, which he called “strong and precisely controllable.”