The all-new 2022 Hyundai Tucson is getting ready for its North American premiere on November 9.

Taking place at The London West Hollywood at Beverly Hills from 9 a.m. Pacific Time (12 p.m. Eastern Time), the virtual debut event will be broadcast live online. As part of the buildup to the launch, Hyundai USA has released two dark teaser images. Mind you, they make it pretty clear the SUV looks exactly like the model sold in Europe and Korea, and we don’t expect to see any styling changes other than the side marker lights that are mandatory in the United States.

The fourth-generation Tucson marks a major departure from its predecessors, adopting an edgy and aggressive look based on parametric shapes reflecting the brand’s new design identity. The new Tucson is bigger and wider than its predecessor, with the long hood, short overhangs and stretched wheelbase giving it a coupé-like character, according to Hyundai.

The 2022 Tucson will be unveiled by José Muñoz, Global Chief Operating Officer of Hyundai Motor Company, president and CEO of both Hyundai Motor North America and Hyundai Motor America. The executive will also outline how the Tucson is part of Hyundai’s commitment to expand its SUV lineup by the end of next year, including the completely refreshed Santa Fe and new Santa Fe Calligraphy luxury trim.

Also attending the virtual premiere will be SangYup Lee, head of the Hyundai Global Design Center and Senior Vice President at Hyundai Motor Company. He will talk about the design of the new Tucson, which features a new signature headlamp architecture called ‘Parametric Hidden Lights’ and a dual cockpit layout offering a high-tech user experience. Finally, professional surfer and Hyundai ambassador Sage Erickson will also take part in the premiere.

In the United States, the new Tucson will be available with a 2.5-liter four-cylinder petrol engine that produces 187 HP and 182 lb-ft (247 Nm) of torque and is paired to an eight-speed automatic transmission. A 1.6-liter turbocharged four-cylinder in hybrid and plug-in hybrid forms with up to 227 HP and 258 lb-ft (350 Nm) of torque will also be on offer. 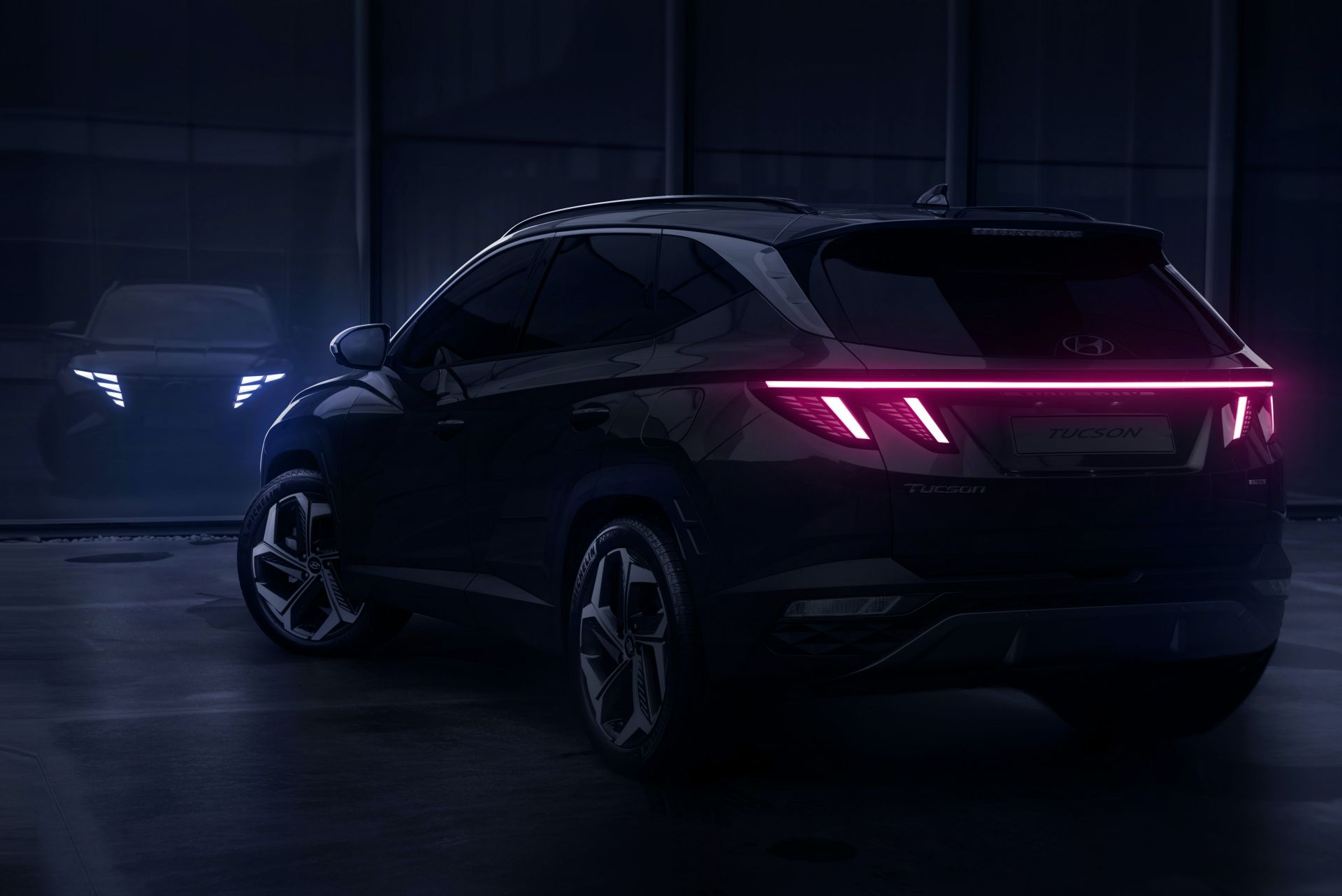